“I wanna play the songs from Apple Music while driving my new Tesla model, but the built-in music player not support for Apple Music directly. Any ways to make this work? Any suggestions are welcomed.”

As one of the popular new energy car model, Tesla has got a lot of attention in these years. It is hot for its superior performance, comfortable ride, great driving experience and more. With the advanced technology, Tesla has built a partnership with several music streaming platforms, like Spotify and Tidal. However, it doesn’t support for Apple Music yet. It means that you can’t listen to Apple Music through official Apple Music app with the car built-in music player. Are there no ways to make Apple Music be playable on Tesla? Absolutely no. In the follow passages, we will show you 2 ways available to play Apple Music on Tesla. As a result, you are allowed to enjoy Apple Music while driving, and get a great music experience on Tesla.

Part 1. Play Apple Music on Tesla through Connecting to Phone

When you find that Apple Music is not available on Tesla music player system, you could try this old way to play Apple Music on Tesla through connecting to your smartphone to car and play music via Bluetooth function.

Step 1. Tap Bluetooth option from the settings on your smartphone, then make your phone being discoverable.

Step 2. Press the Start Search option on the touchscreen of your Tesla. Turn on Bluetooth option and connect your smartphone to the car system.

Step 4. Pairing your smartphone and the car by entering the match number on the touchscreen in car.

Step 5. Open the Apple Music app on your smartphone, then you can enjoy Apple Music tracks on your Tesla model.

Part 2. Download Apple Music as MP3 for Syncing to Tesla

Here you meet a professional music converter tool special used for Apple Music named TunesBank Apple Music Converter. It is enables to remove DRM from Apple Music completely, download Apple Music and batch convert Apple Music to MP3 or other common audio formats, such as, M4A, AAC, WAV, AIFF, AU, AC3, and FLAC. The output music files will be saved with its losslessly audio quality, and ID3 tags kept. As a result, you could save Apple Music as MP3 local files for syncing and playing on Tesla, play Apple Music on Tesla without Apple Music subscription. Additionally, you can play Apple Music offline on any devices without limits. The music conversion will be finished in 10X conversion speed, help to better manage your music files.

Please download TunesBank Apple Music Converter and install it on your PC/Mac computer. Then install iTunes app or Apple Music app on the computer at the same time. Log in your Apple Music with the account with Apple Music subscription.

Step 1. Add Apple Music Songs
Above all, search and add the songs you want in the iTunes library, or download the songs/playlist from Apple Music to computer and save them as local files. 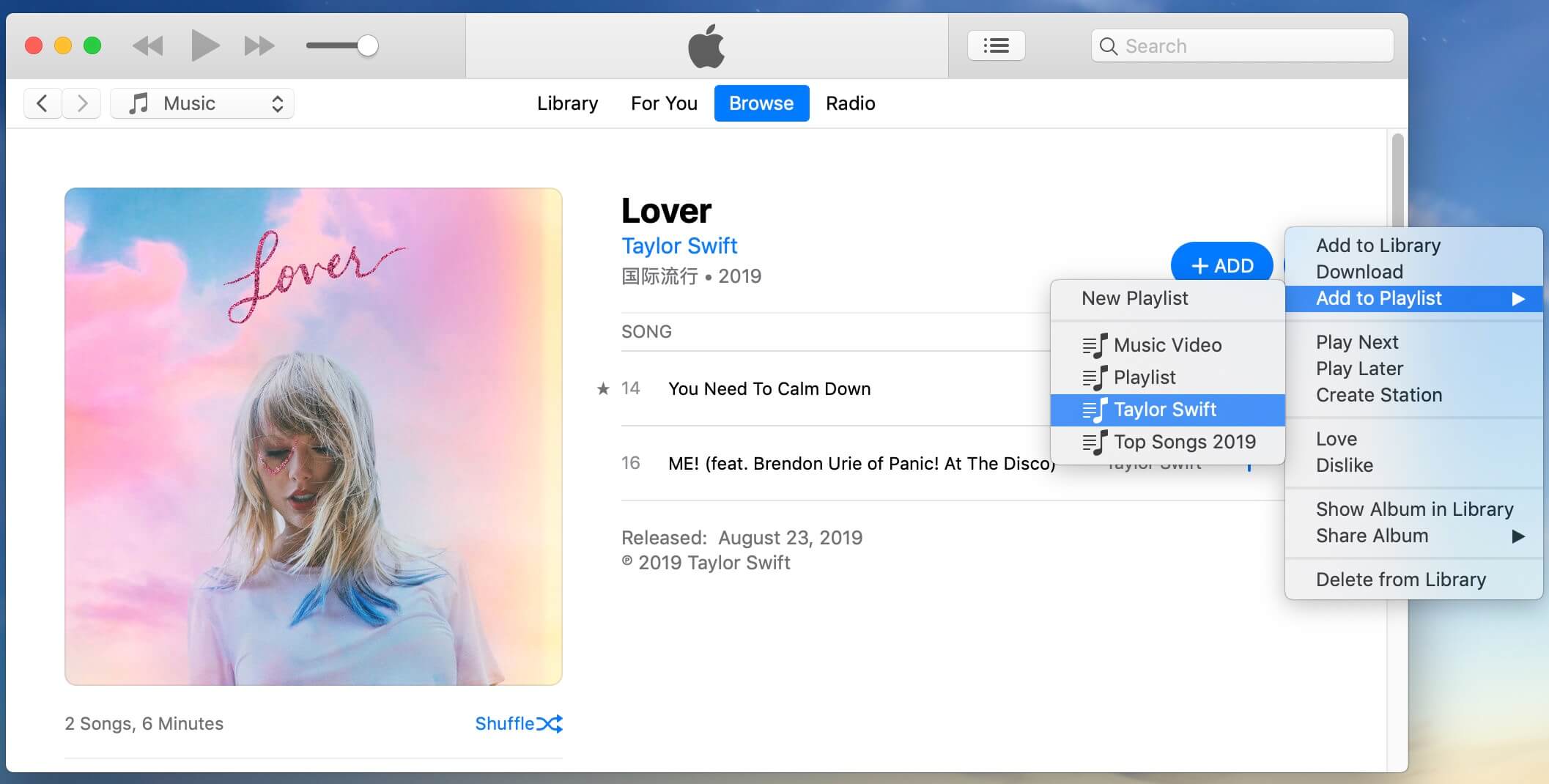 Now all Apple Music tracks will synced with the TunesBank program. 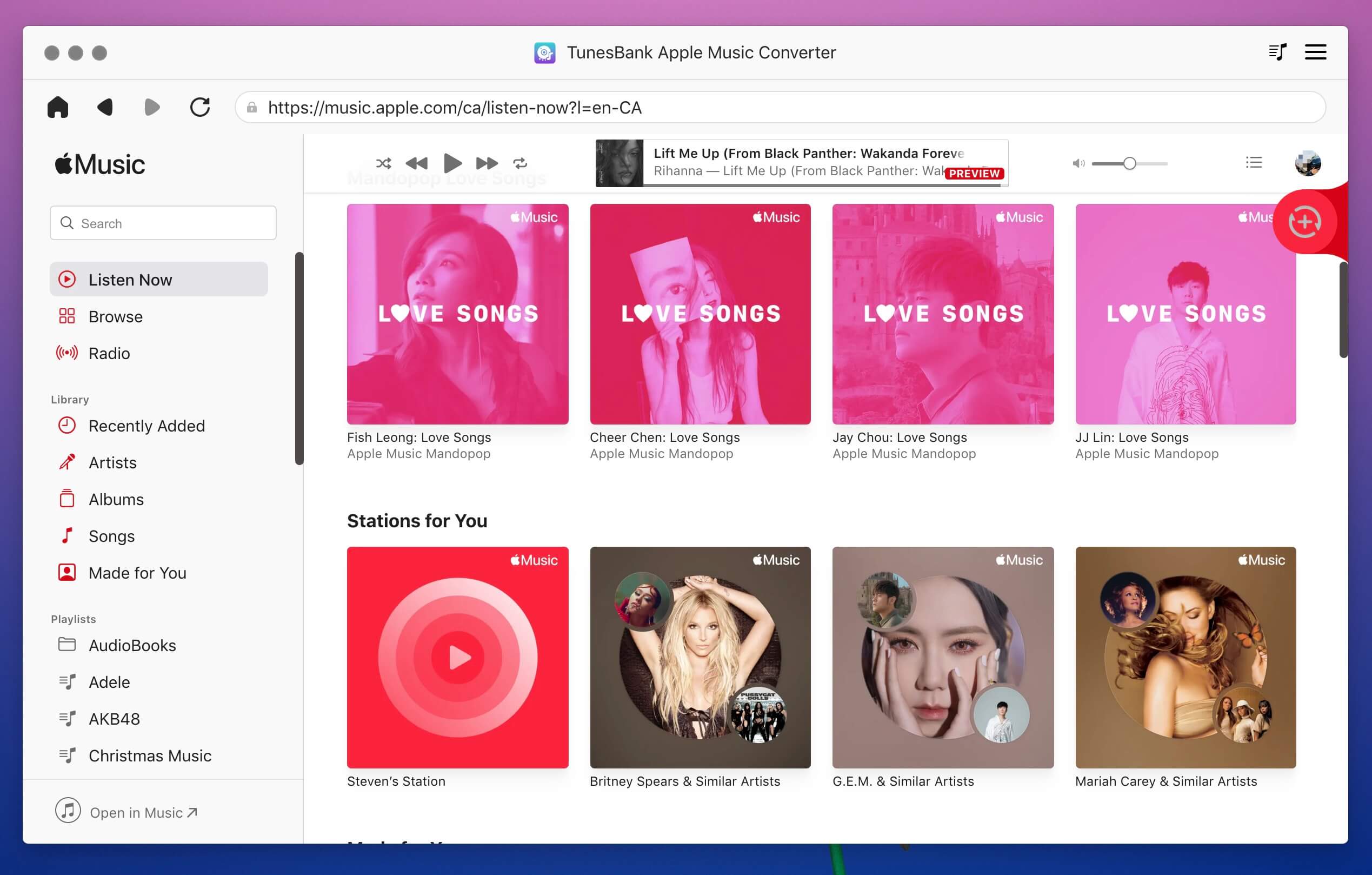 Step 3. Add Apple Music Songs for Downloading List
Select a playlist on the left side in the interface, then click the checkbox to add Apple Music tracks including the songs you to download as MP3.

Step 4. Select Output Format
Go to the bottom of the interface, you are allowed to select the Output Format (In this case select “MP3”); Output Path, Output Quality, Bitrate, Sample Rate, Channels, and more are also allowed to set.

Now you could keep Apple Music being playable on Tesla forever even after the music subscription expires, enjoy Apple Music songs on your Tesla model while driving, and get a great music experience on Tesla. Have fun!

Play Apple Music on Tesla
Back to >>
Free TrialFree Trial

Convert Apple Music to MP3, AAC, WAV, FLAC, etc at amazing speed with 100% lossless quality so that you can play Apple Music on any device and keep Apple Music forever.