How to Rip Apple Music to MP3 for Playback Offline

As one of the largest music streaming service, Apple Music offers more than 90 million songs for Apple Music subscribers. However, what makes most users dissatisfied is that they can only listen to the songs on Apple-authorized devices. Therefore, most people want to rip Apple Music to MP3 for offline playback on other devices. As you know, Apple Music relies on subscription fees to make profit. MP3 is a commonly used audio format, and most music players and devices support this format. Obviously, Apple is worried that users will cancel their subscription once they download MP3 songs from Apple Music. This is not only a concern for Apple Music, but also a concern for most streaming music services.

Step 2. Import Apple Music to TunesBank
Click the “Playlist” or “Songs”, and drag it to the “+” icon to add them into converting list.

You can select the Apple Music songs or even the entire playlist.

Screen Recorder is an all-in-one Audio Recorder, Video Recorder and Apple Music Ripper. It is specially designed to record all types of screen activity on your computer, including music, audio, online videos, gameplay, etc. As an excellent Apple Music Ripper, it not only can rip Apple Music to MP3 with high quality, but also can rip other streaming music to MP3, such as Spotify, Deezer, Amazon Music, YouTube Music, Tidal, etc.

The built-in editor even lets you edit the recorded audios & videos according to your needs. The program is easy to use, you can start and stop recording at any time. After recording Apple Music as MP3 files, you can keep them forever and transfer them to any device or tablet for offline playback.

Step 1. Install and Launch Screen Recorder
Go to https://www.convert-apple-music.net/screen-recorder.html to download the software on your Mac/PC. Install and launch the program. To rip Apple Music in MP3, please choose “Audio Recorder”.

Step 3. Pick MP3 Format
Click on the “Gear More Settings” and choose “Preferences”. Tap “Output”, and select MP3 in the “Audio format:” option. To rip high-quality music from Apple Music, you can adjust the “Audio quality:”. Then click “OK” button. 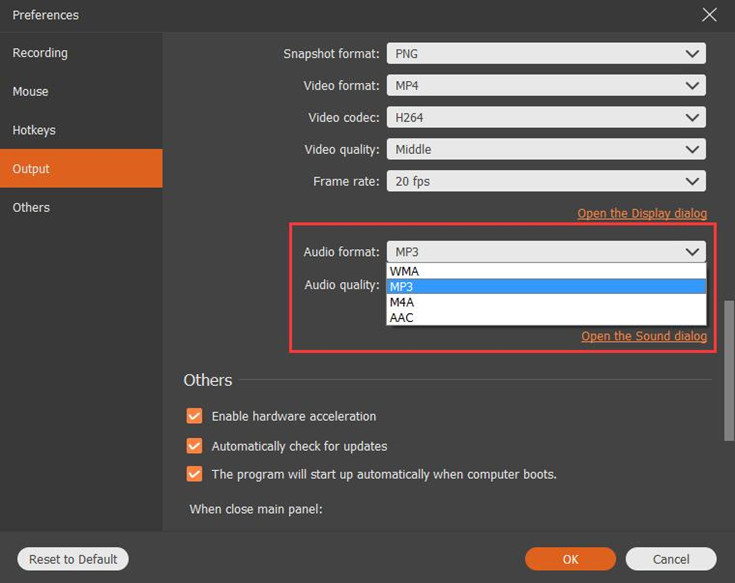 Step 4. Begin to Rip Apple Music to MP3
If everything is ready, play your Apple Music songs, albums or playlist, and press on “REC” button on the recorder. 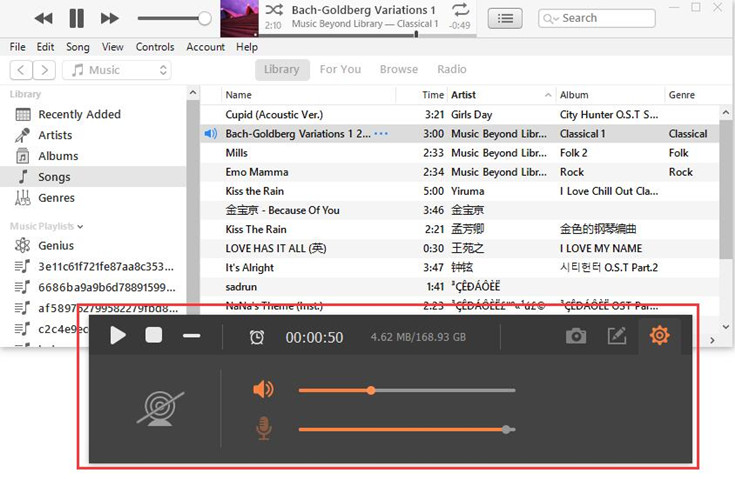 Afterward, you can listen to your recorded Apple Music songs.

In short, TunesBank Apple Music Converter and Screen Recorder can help you rip Apple Music to MP3. They all provide multiple functions and better sound quality. After that, you will keep the Apple Music songs forever and transfer Apple Music to any device, device and player for playback offline. Now pick the one you like!

Rip Apple Music to MP3
Back to >>
Free TrialFree Trial