How to Transfer Apple Music Songs to Spotify?

“I used to subscribed Apple Music, now I want to join the Spotify family plan with my family. How can I transfer Apple Music playlist to Spotify? I don’t want to add hundreds of songs to Spotify one by one, please help!!!”

TunesBank Apple Music Converter is the best option when you want to move all of your playlists, songs, artist, and favorite albums from Apple Music to Spotify. This great tool can help you download and convert Apple Music M4P songs to unprotected MP3, M4A, AAC and FLAC formats with lossless audio quality. All the converted Apple Music songs will be saved on your local drive forever, then you can import them to Spotify app for enjoying.Only in a few steps, you can transfer your music library from Apple Music to Spotify with ease. In addition, it can also convert iTunes purchased songs and audiobooks, Audible audiobooks to MP3, M4A audio files for unlimited fun.

Step 3. Select MP3 for Output Setting
Now that you have added the Apple Music songs, just move to the bottom of the interface, choose MP3 as the output format to compatible with Spotify app.

TunesBank Apple Music Converter also allows you to enhance the audio quality of your output. Also, you can change the Bitrate, SmapleRate, Output Path, Channels, etc.

Step 4. Convert Apple Music to MP3 for Spotify
Simply press on the “Convert” button to save Apple Music songs on local drive without losing quality. During the conversion process, you can even turn back to the “Library” to add more Apple Music tracks to convert.

When finished, please go to the “Finished” section to find the converted Apple Music songs.

Step 1. Launch Spotify app on your Mac or Windows computer, and login to your Spotify account.

For Mac users, click “Spotify” in the menu bar, and select “Preferences” option. 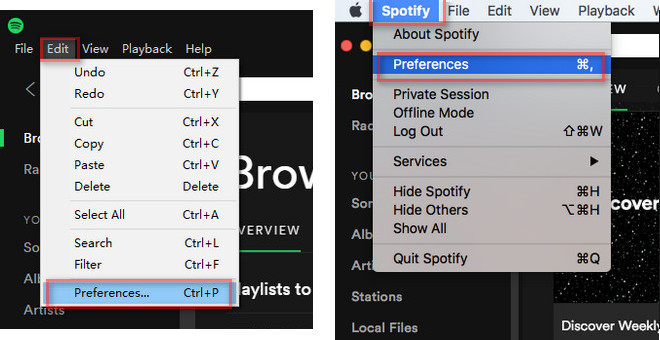 Step 3. Scroll down to find the “Local Files” section and choose “ADD A SOURCE”. Then import the converted Apple Music files form the target folder. 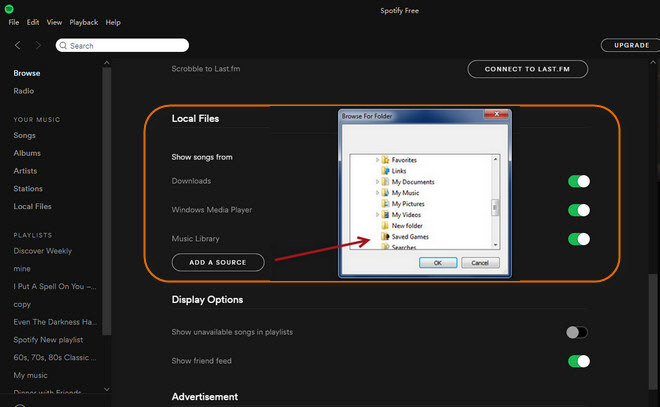 Step 4. After that, you will find the imported Apple Music file under the “Local Files” category of Spotify. 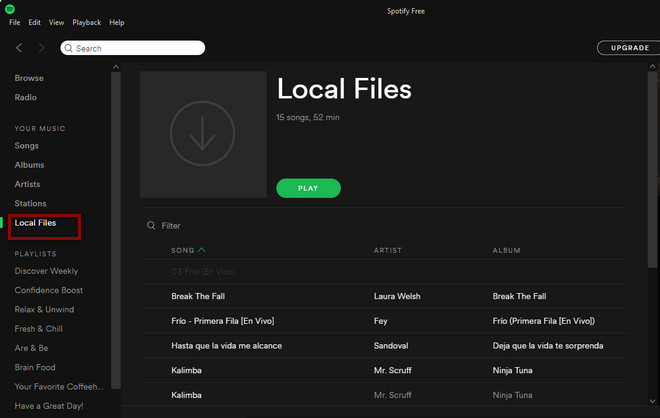 Now that you have completed the task of transferring songs and playlist from Apple Music to Spotify. What next? Just enjoy Apple Music songs on Spotify app right now!