By Cindy MinervaUpdated on December 24, 2022

Everything You Need to Know about iCloud Music Library

“iCloud Music Library” is an Apple term for all the music you’ve stored in iCloud (up to 100,000 songs), such sa songs, artists, albums, and playlists. Apple provides you with two music subscription services that work with iCloud Music Library: iTunes Match and Apple Music. If you use it, the music data in the iTunes library will be updated and saved in iCloud. Then, you can stream songs to the cloud via iCloud and enjoy them freely, without saving the music data to iTunes or iPhone. You can enable or disable iCloud Music Library at any time through the “Settings” menu of your iPhone or iPad, or through the Apple Music or iTunes application on your Mac or PC.

Step 1. Go to “Settings” on your iPhone or iPad, and select “Music”. 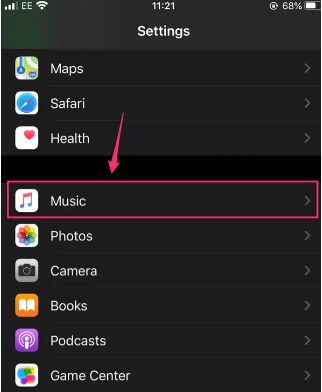 Step 3. Turn off the “Sync Library”, it will turn gray. 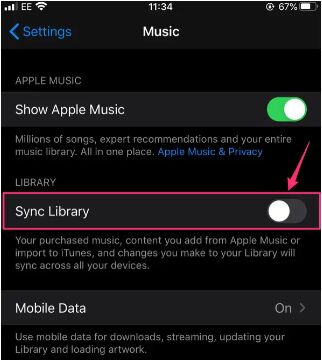 Step 4. Launch iTunes app, and download the Apple Music tracks that you want to sync to your Apple device to the computer.

Step 5. Then reconnect your iPhone, iPad or iPod Touch to your computer via Apple USB cable. Now you could sync Apple Music to your iPhone/iPad/iPod Touch with iTunes.

Part 2. Convert Apple Music to MP3 and Sync to All iPhone/iPad/iPod

If Apple Music music can’t be synced to iPhone/iPad/iPod Touch through iTunes, you can find another alternative method to save Apple Music songs as local files. As you know, all downloaded Apple Music tracks are cache files, not real songs. This is because Apple uses copyright technology to prevent songs from being copied and transferred. Worse, the old iPod Nano, Shuffle do not have built-in Wi-Fi. It is a pity that users can’t transfer Apple Music to iPod Nano, Shuffle, etc. Luck for you, you can use some third-party tools to get rid of the DRM lock and convert Apple Music to MP3, M4A files. Here TunesBank Apple Music Converter comes in handy.

TunesBank Apple Music Converter is developed to help users remove DRM from Apple Music tracks, and convert Apple Music songs to MP3, M4A, FLAC， WAV formats supported by most devices and players. As an improved iTunes Audio Converter, it also enables users to convert iTunes purchased music, iTunes M4A/M4B Audiobooks, Audible AA/AAX Audiobooks and iTunes music videos to plain MP3, M4A, etc. Even better, TunesBank Apple Music Converter balances the output quality and speed, which means you can convert Apple Music at 10X higher speed with lossless quality kept. Thanks to the built-in ID3 tag editor, it will retain the original ID3 tags and metadata in the output MP3 file, and you can even edit metadata such as artist, artwork, album, genre, etc.

Step 2. Add Apple Music to TunesBank
As you can see, you enter the Apple Music Web Player. Click the “Song”, “Playlist”, “Album” or “Artist”, and drag it to the “+” icon. Or you enter the song name in the Search Box to locate it.

By the way, you can select desired songs or the entire playlist as you like.

Step 3. Set Preferences of Apple Music
Next, you can set the Output Format (M4A or MP3 is recommended), Output Path, Output Quality, Bitrate, SampleRate, Codec, Channel, etc. as your needs.

Step 4. Start Converting Apple Music to M4A
After finishing the customization, click the “Convert” button to export Apple Music songs to the local drive. They will be saved in MP3 format without DRM.

Wait a few minutes, you can tap “Finished” tab, and click “View Output File” to get the DRM-free Apple Music M4A songs.

Extra Tips: To sync Apple Music to iPhone, iPad, iPod Touch without iTunes, you can try this smart iOS & Android Transfer tool. It is the best iTunes alternative. 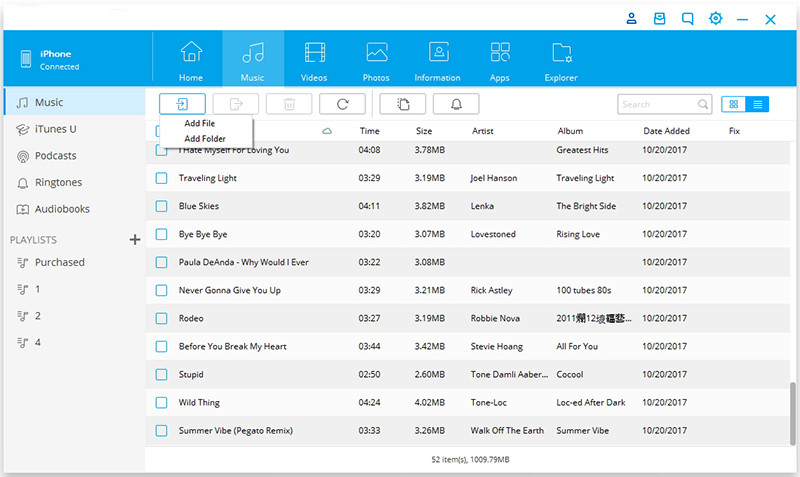